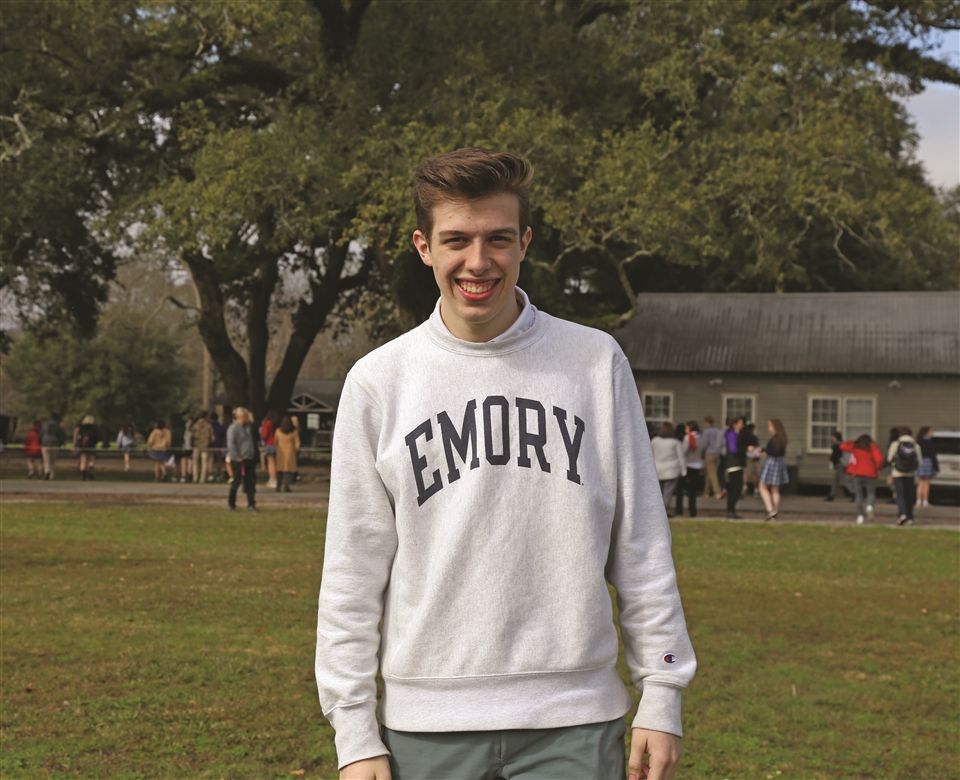 Grant arrived at ESA as a sophomore in 2018, and quickly found a home on the laid-back Cade campus. However, he’s just as comfortable wearing a suit and tie and standing at a podium to deliver a speech or argue a point. In the fall of 2019, Grant joined several other upper schoolers at the annual Youth Legislature conference in Baton Rouge. In the mock legislative session, students present and debate bills, vote, and more – all in the House and Senate chambers of the State Capitol. The ESA students who ran for office to serve at next year’s conference were all successful and will hold the positions of House Floor Leader, President of the Senate, Chief Supreme Court Justice, and Grant's position, Governor. Grant was also selected to attend the Legislative Youth Advisory Council as one of three representatives from his congressional district. Created by the State of Louisiana, the Council is composed of high school students who represent the voices of young people across the state as they communicate with members of the legislature. In addition, Grant hones his international relations skills as a member of ESA’s Model UN team, and his leadership style as co-captain of ESA’s varsity Quiz Bowl team and as President of the Class of 2021.