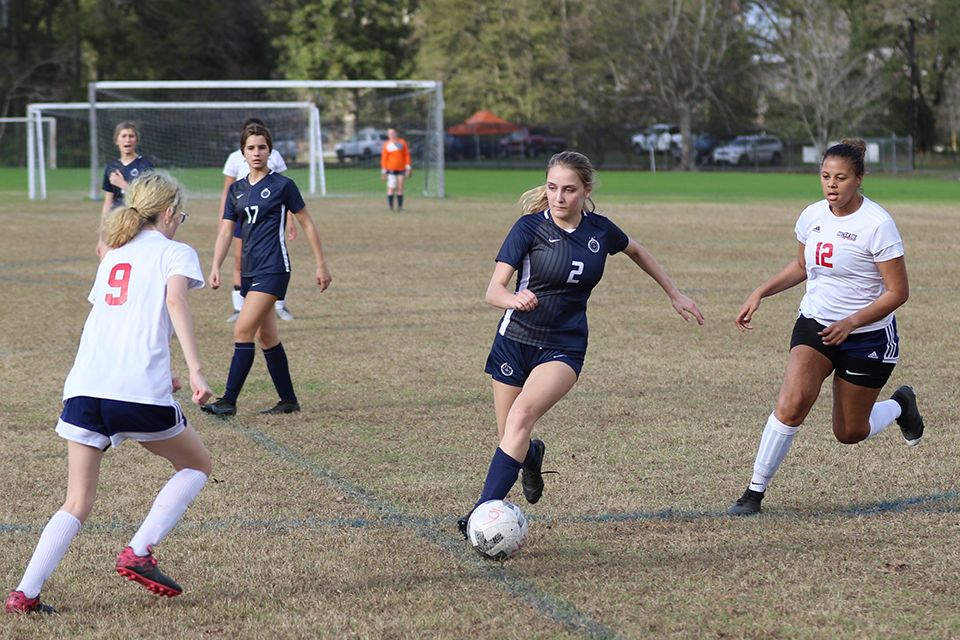 Falcon Fans, there are plenty of opportunities to cheer for ESA over the break! Girls Soccer will be at home Monday and Tuesday, December 19th and 20th. In the team's last game, Anna Breaux, above, scored six goals to lead the Falcons to a 7-0 victory over Comeaux. Boys Soccer plays at home December 27th and 29th, and both teams compete at home on January 3rd. Basketball will play in the Teurlings tournament next week, schedule to be announced. Then after Christmas, they're off to Pensacola to compete against teams from Tennessee, Mississippi, and Kentucky. Good luck to all of our Falcons!
Back