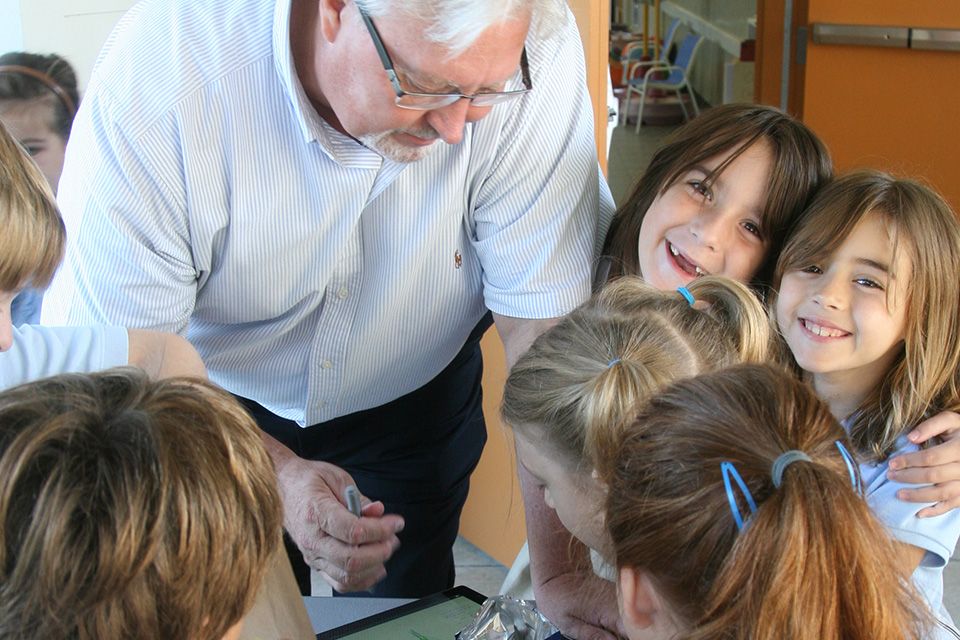 What Does a Headmaster Do?

“What exactly do you do?”

This was the question that one of our current Senior class members asked me last year one day as we happened to cross paths on the deck. It is such a good question! Depending on where you sit, I may look like the guy who greets the Lower School students as they come to school in the mornings, who gives a few Chapel talks throughout the year, who walks around and talks to students and teachers, who meets with parents and Trustees and people who want to support ESA; but, my favorite answer to that question was given by one of the Kindergarten students this year when Ms. Sandy held up a picture of me in her class and asked the question:

One of them answered, “That’s Dr. Baker!”

What a perfect answer! On a really important level, the headmaster should be the school’s biggest cheerleader (aka mascot), not just for sports but for every aspect of the school. But, as I explained to the students last year in Chapel, one of my most important jobs is to make sure that we are all focused on our mission. To do that, headmasters get to ask lots of questions, like, “how does that program support the mission and what we are trying to accomplish as we move forward?”

Episcopal School of Acadiana is a co-educational, independent day school for students in grades PreK3-12. Its mission is to instill in every student the habits of scholarship and honor. ESA challenges students to develop intellectually, spiritually and physically.

A lot of thought went into writing that mission statement some 10 years ago, and there are some really important word choices that I want to highlight for you.
So, in the end, maybe the work of the headmaster is a little like being a sheepdog—keeping the flock together and moving in the same direction. Arête!