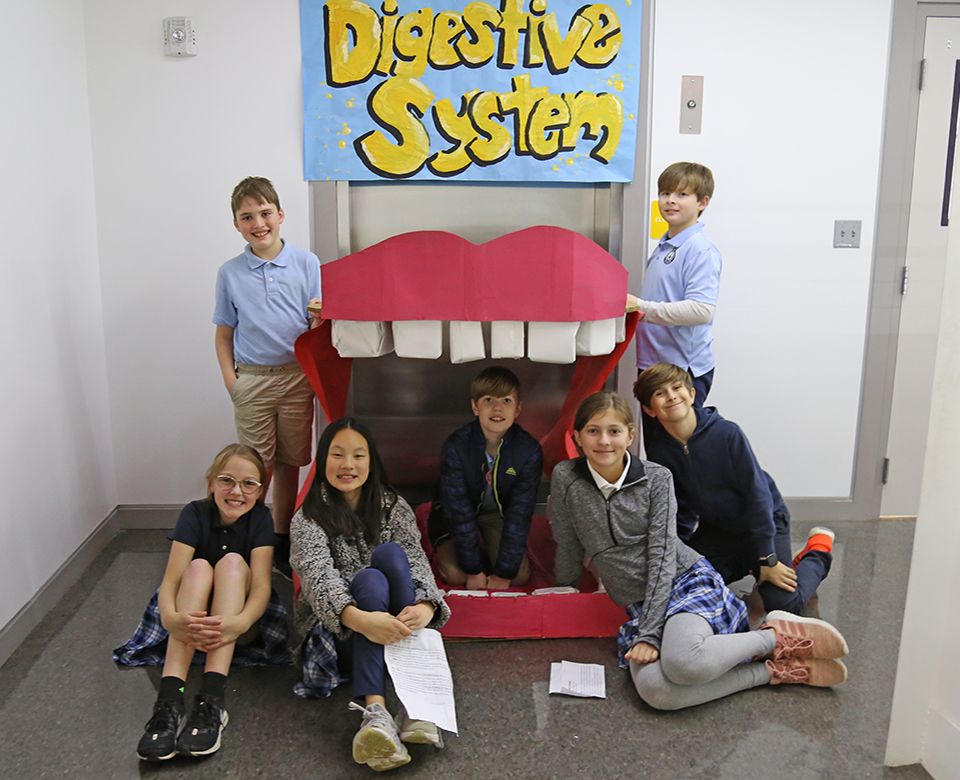 Over the course of several months during their fifth grade year, members of the Class of 2027 designed and built a ride through the digestive system for PK4 students. Both groups of students had studied the human body in their science classes early in the year, and the fifth grade students came up with the idea of creating the ride to bring what they learned to life.

Divided into teams for the mouth, esophagus, stomach, small intestine and large intestine, the older students developed visual and tactile elements and scripts for the different sections of the tour. They worked with science teacher Beverly Burgin, art teacher Claire Caffery, and Idea Lab Coordinator Ashleigh D’Aunoy to make sure the ride was academically accurate and used the vocabulary that the younger students learned in their studies. The tour began in the mouth, continued down the esophagus with a ride in the elevator, and moved on to the stomach and intestines. The two-story ride captivated both students and adults!
Back